Not all who wander are lost.

As Justice of the Arcana Council and an experienced artifact hunter, Tarot-reading Sara Wilde prefers to track down the missing on her own. With her latest case, unfortunately, everyone’s dying to help her out.

Determined to locate the Lost Queen, a witch destined to fulfill a dark and twisted prophecy, Sara finds herself corpse-blocked at every turn. Not even the electric, provocative, and deeply powerful Magician of the Arcana Council–whose newest arcane pursuits test Sara’s emotional and sensual boundaries–can help her find her mark.

Worse, Sara isn’t the only hunter on the case. From the shadowy labyrinths of Budapest to the ancient churches of Moscow to the glittering lights of Los Angeles, the world’s most powerful male witches are gunning for the Lost Queen, demanding her as their rightful consort. Right before they end up dead, each more gruesomely than the last. There’s definitely a pattern here…and one Sara needs to break, before her own mercurial Magician becomes the prophecy’s next target.

Better hope you don’t find what you’re looking for when you hunt The Lost Queen.

Huddling in my parka on the relentlessly well-kept sidewalk in the heart of Budapest, next to a building painted the color of buttercream, I questioned my life choices. I was Justice of the Arcana Council, wielder of magic great and small…and I was about to be fleeced of seven dollars and at least a good hour of my time weaving through a tourist trap so stupid, my teeth were grinding.

A hipster about three groups ahead of me elbowed one of his friends, apparently in indignation. “Blade was the best,” he insisted. “Christopher Lee was a joke.” He was a thin, reedy American twenty-something, his skin pale as chalk.

“And you’re an idiot,” his friend assured him, barely looking up from his phone. The other two guys muttered something about Bela Lugosi. At least their discussion explained why they were here, standing in front of an attraction that promised a peek into the dark history of the original Dracula, Vlad the Impaler. They were doomed to be disappointed. No matter what the placard beneath the ornamental archway said, Vlad had been imprisoned more than a half mile away in the caves below Buda Castle—nowhere near here.

Unfortunately, those caves were now playing host to some creepoid illusionist trying to resurrect the glory days of the Castle Hill labyrinth, in all its bloody detail. There’d been two deaths so far, and I wasn’t about to allow a third. From my intel, the illusionist had holed up in the warren of caves below Castle Buda, readying himself for his next kill.

In order to get there, however, I had to start here.

“Dude, Herm Lannister bit it. There goes the next Fantastic Four reboot.”

A coarse round of snickers and wisecracks followed this touching obituary, and I watched as the other three members of the Gen Z coalition whipped out their cell phones to pay their final respects to whoever Herm Lannister was. Then the four of them crowded inside the door of the attraction, screens glowing, ignoring the glares of the Australian family directly behind them.

“Lantern?” A portly man in an eighteenth-century powdered wig held up a small electric lantern, its bulb casting a cheerful glow. I’d heard him repeat the same spiel five times already. “There are signs below…but do be careful,” he intoned as he took my cash. Then he handed over the lamp.

I muttered my thanks and stepped into the darkened doorway, feeling dumber by the second. The cave system started almost immediately, right after we were treated with the most hysterically useless wall map—a diagram of the maze so bad, it wasn’t even handed out. Well-lit arrows apparently would show folks the way around below, but I wasn’t interested in the main attractions of the labyrinth. I simply had to get far enough into it to take a detour to the deeper cavern system.

Setting down the lamp at my first opportunity, I followed the group right in front of me for a good five minutes until they stopped, all of them gawping at what looked like the headpiece of a column that had apparently been wrested from the local history museum and transferred here. We hadn’t yet come to the weirder elements of the place—wax figures dressed like the Phantom of the Opera, with canned music floating through the mist—but that was up ahead, I could sense it. If anyone had seen me entering this ridiculous, outrageous, idiotic—

“You always manage to end up in the most interesting locations.”

The voice was British, slightly mocking, and so obnoxiously familiar, I pivoted in instinctive reaction, my right hand coming up to deliver a throat punch that’d leave the man choking on his Weetabix for days. Unfortunately, I wasn’t fast enough. Nigel Friedman ducked out of the way, pulling me by my parka deeper into the mouth of the next corridor before almost immediately taking a hard right into a section blocked off by a velvet barricade.

“What are you doing here?” I hissed, ignoring Nigel’s obvious attempts to be silent. Nigel had been my top bodyguard in my most recent position prior to Justice, when I’d been, albeit briefly, the head of a clandestine quasi-military, quasi-magical syndicate known as the House of Swords. Before that, he’d been one of my top competitors in the artifact hunting trade. So we had history. A lot of history. Which was the only reason I suffered him to be gripping my puffy, down-filled elbow as he felt along the wall with his other hand. He stopped about five yards up as something old and musty gave way.

“I was nearby,” he finally answered me.

“Near enough.” I could hear the grin in his voice. “I got word your newest case involved Vlad the Impaler, and I thought it was a good time for a holiday.”

“You don’t need to protect me anymore,” I said, but in the darkness, I couldn’t help but smile. It was kind of nice, inspiring Nigel’s higher instincts.

“I’m not protecting you,” he said, his tone still genial. “I’m making sure you don’t steal something for the Council that should be in the hands of the House of Swords.”

My smile faltered. What?

Nigel didn’t respond, so I tried the same question out loud. “What?”

He let go of my elbow and waved at me. “A little light would be useful. Just a little.” 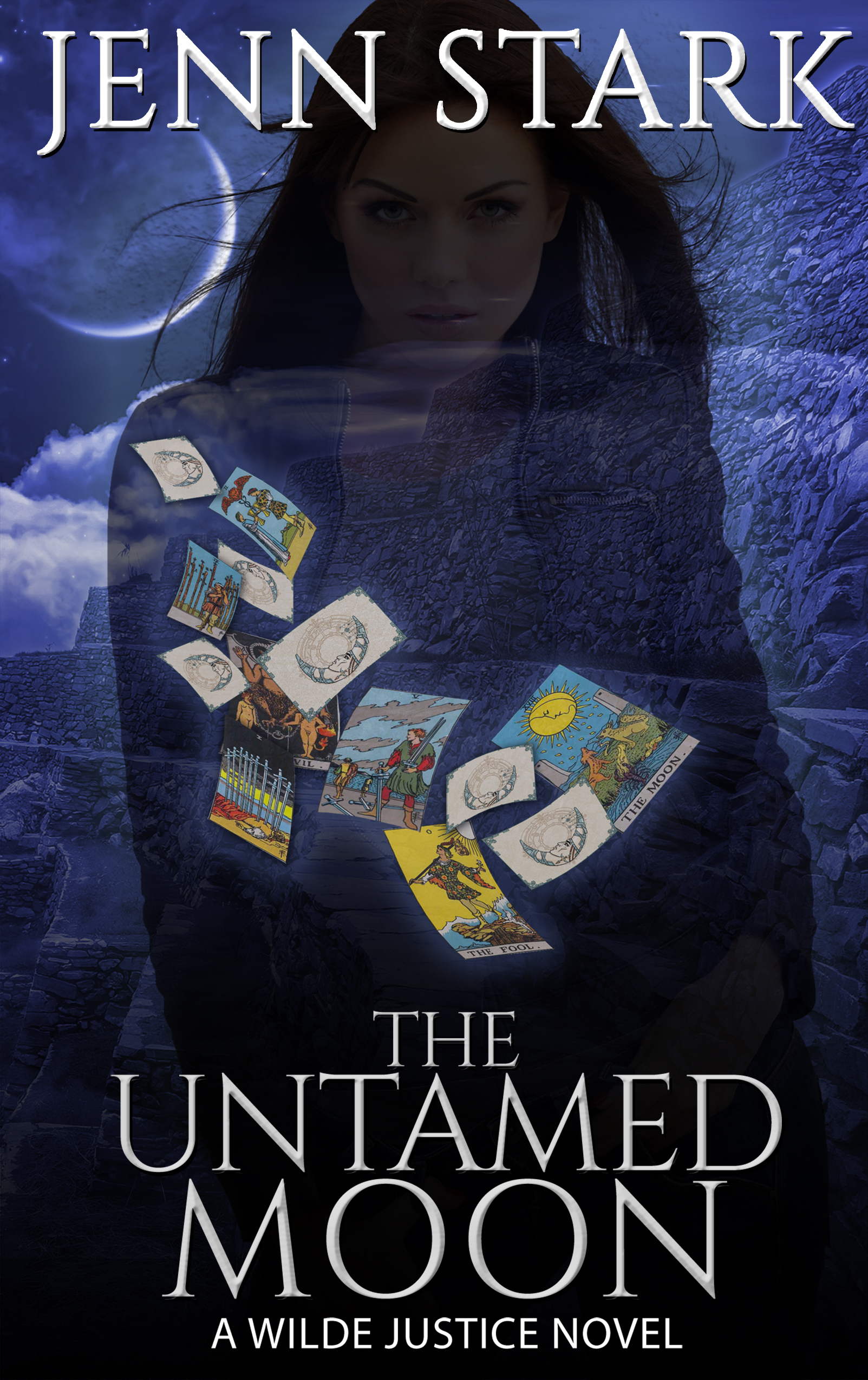 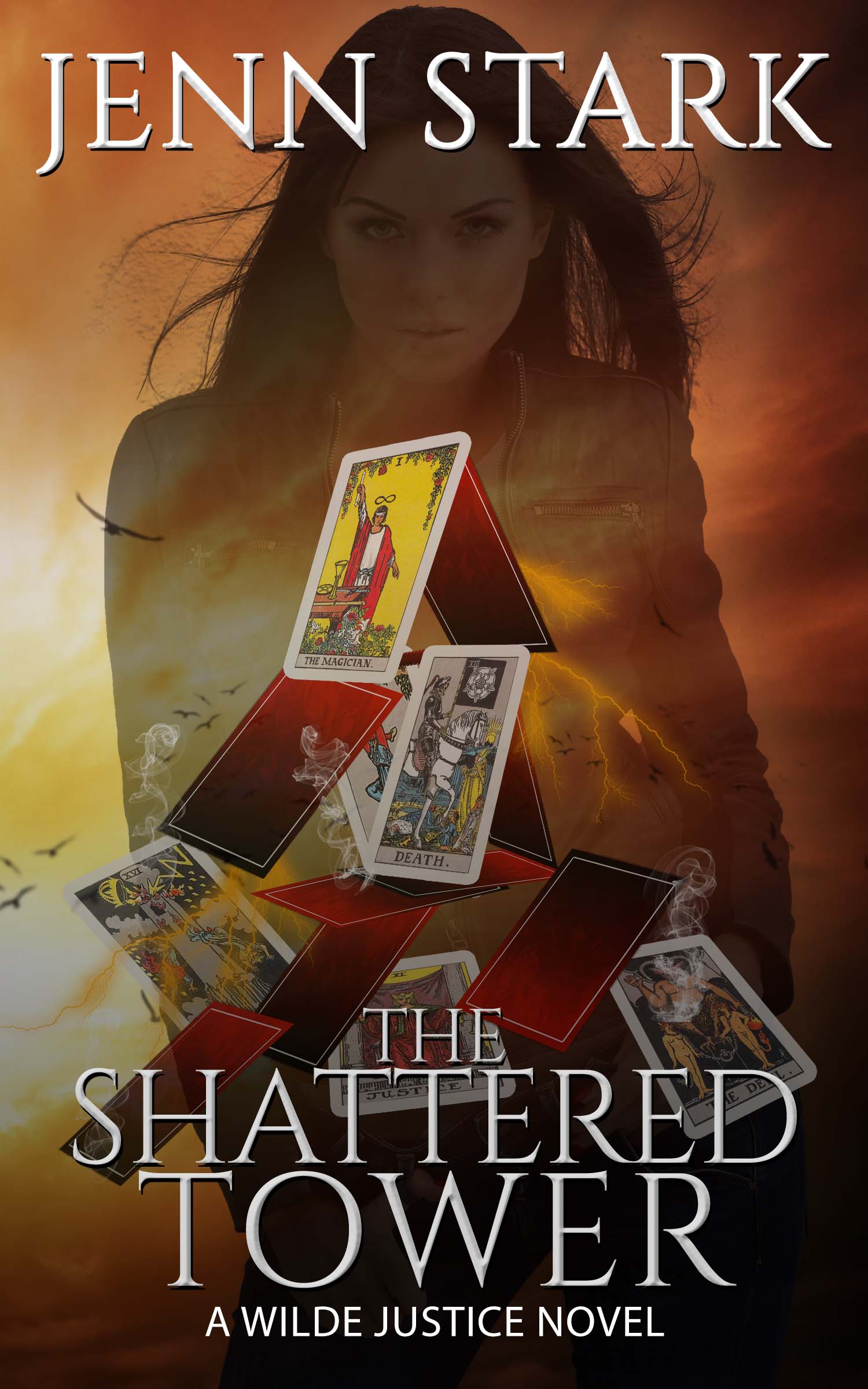